Please note I received Rust for free. It was gifted to me ages ago.

Oh boy, where to begin with Rust. It's in a strange place in that if I were asked if I recommended it I would say no. It's not really a game worth buying. Especially since they've recently (as of the time of writing) "released" the game from Early Access and in doing so have bumped up the price to a hefty £27.79[1] from £14.99, which is far too much in my opinion. It's not worth that price, however if you can get it for under a tenner then maybe go for it. Despite all this, I still find myself playing it every now and again. It's weird allure of pretty graphics and somewhat entertaining early gameplay seems to keep enticing me, however this comes down to one key thing.

Rust is primarily a multiplayer game. There is no singleplayer mode; you must play online with other people. Now it's a video game, and if you've ever delved into multiplayer survival games before it should come as no surprise to you that everyone in said survival game are the fucking worst. You might have just spawned on the island with nothing more than a rock in hand, your dong and/or lady parts hanging out in the wind, and some chucklefuck who's been playing on the server for 30 hours already kills you despite you being of literally no threat or value to them whatsoever.

So being the boring human I am, I only play on private servers. When I originally played it back in November I played on some random guy's server which was the quietest one I could find. It was basically just us and the server admin, who seemed like a really nice guy. Perhaps it was because we were the only players on his server and he was happy to have people actually using it. Then more recently I've been playing on my own private server, which is password protected and has absolutely no risk of annoying players. This vastly improved the experience in the early game, however also really hindered the late game. 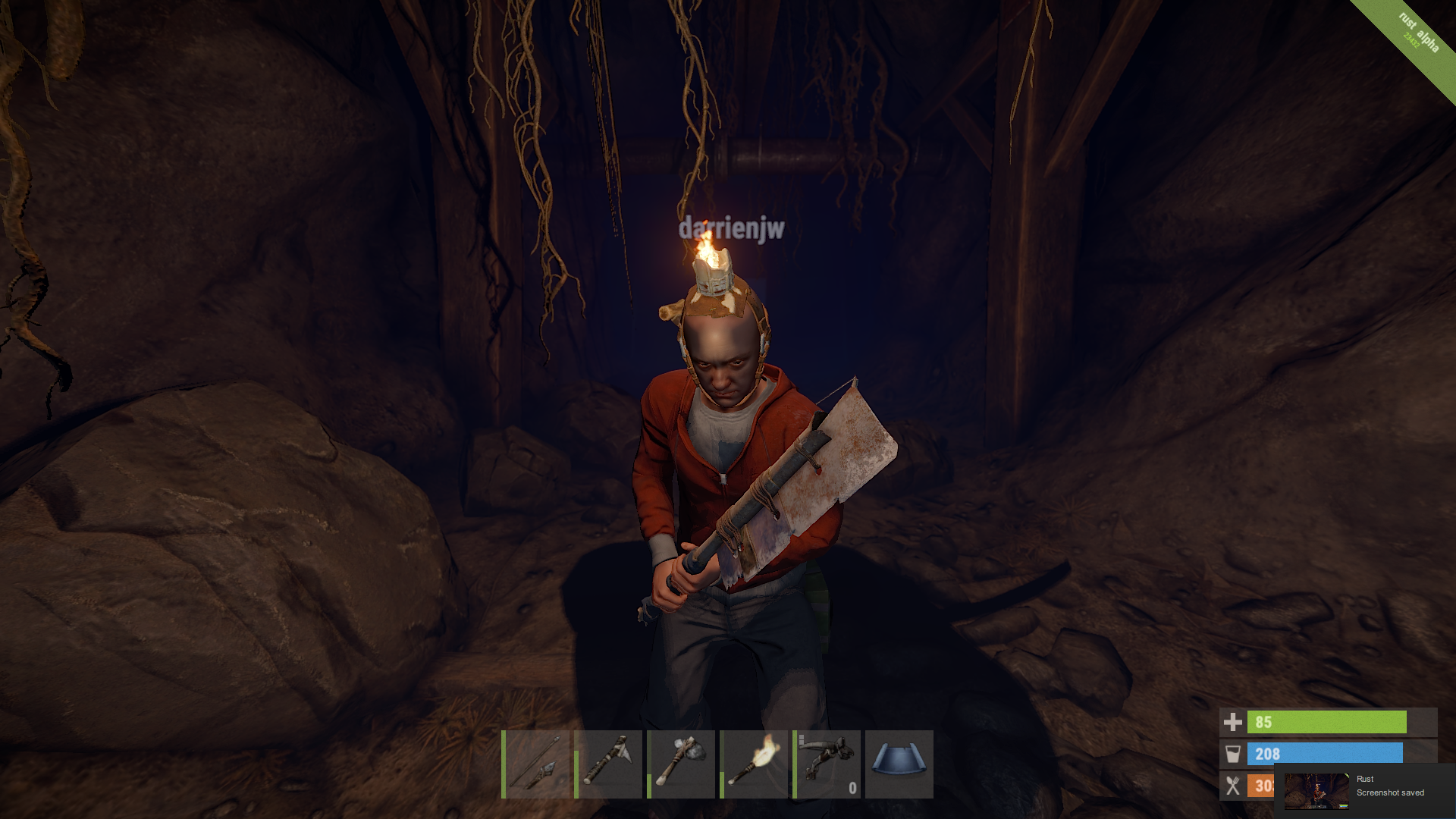 As for the whole survival thing, Rust doesn't do it too badly. Resource gathering can be pretty tedious but on the whole not a dealbreaker. Resources are scarce and don't respawn particularly quickly but if you're willing to invest time in the game then you'll get into it. This is where the problem begins to present itself; if it takes time to get into the game then when you're inevitably killed then it stings a bit more when you and potentially lose hours of time and be reset back to square one. But this can be mitigated with base building and protecting some of your resources, so on balance it's just a bit eeehhhh.

However if you're lucky enough to live long enough to get to the end game, which can take many hours of play, you will run into another problem. As Rust is built to be a PvP game, it expects you to have to reset. If you take that element out then you reach a point where there is nothing left to do. Your base is self sustaining, you have enough resources to keep yourself going. You just, stop. Once you hit this point you there is no progression in the game and you have to find entertaining things to do by yourself. I built a homeless fighting arena to pit fresh spawns against each other. Kinda pointless because there was only one person allowed on my server who wasn't part of the core group, but we fought each other too.

After this we all just stopped playing, there was nothing left for us to do. We didn't even get particularly far in the game either; we just kinda got bored. And this is why I don't recommend Rust, it can be fun for a while but while playing you get bored easily and some of the mechanics can be quite frustrating. The most notable example being the inability to destroy your own buildings. Once you've placed and upgraded a building block, that's it. You need to take it down as if you were trying to break in using pickaxes or C4 (both of which will wear down your resources trying to make enough to break in, especially on higher tier reinforcements). I still have no idea why this wasn't fixed during the game's several Early Access stages. 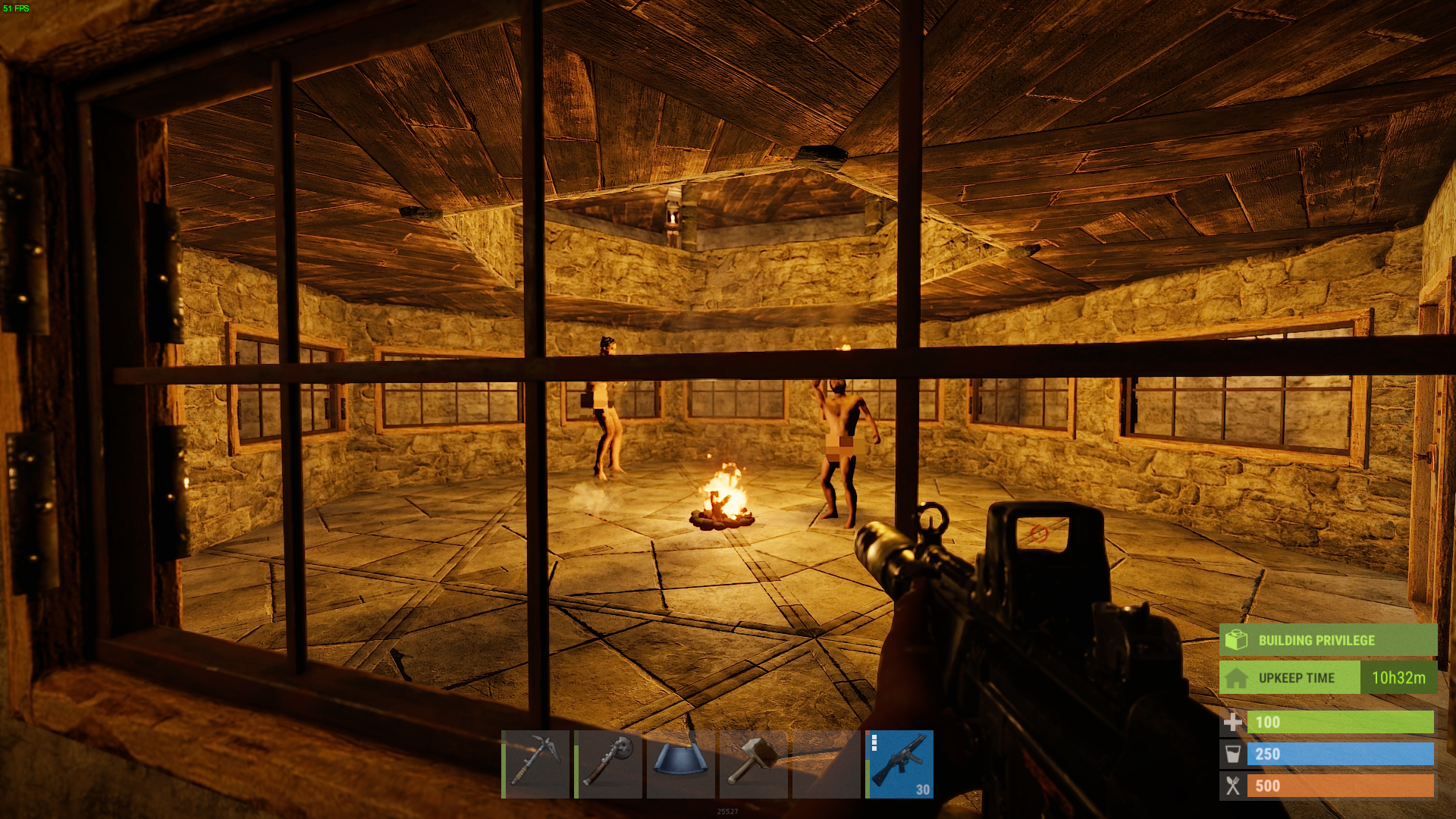 "I built a homeless fighting arena to pit fresh spawns against each other."

On balance, Rust isn't particularly great or particularly bad. If you have a few mates and a server that's empty it can be pretty OK for a couple days if you've got nothing better to do. However I would wait for a sale to try to pick it up for cheap, as it is really not worth it's current price; I'd argue it wasn't worth it's early access price either but I can't complain much considering I didn't even buy it anyway.

Blueshift - And why I am now a bit sad.

For those unaware, I've been in the VR hype circle for a…