For those unaware, I've been in the VR hype circle for a long time now. Starting with the original Oculus Dev Kit, I was enticed. I needed one; and shortly after the Dev Kit 2 was released I picked one up using some Christmas money. Fast-forward a couple years and the VR race between Oculus' Rift and HTC's Vive was finally over and they started to hit consumer shelves. As you could imagine I was very excited, and I picked up a Vive at the earliest opportunity. The choice came down to the Vive being simply better for room scale at the time (it still is but hey, the Rift isn't complete trash anymore). Perhaps a Rift vs Vive article will come soon.

Back on that first day, when I first strapped that weird black box to my face I was instantly immersed, even despite the screen resolution on the DK2 being not the best. I still remember the best experience at the time, Cyberspace[1]. This little demo has you sitting on one of those fairground rides that just spins you around on a long pole, with the chair you are strapped to spinning as well. Every time it went round forwards and you can see the ground far below you, it actually felt like I was there strapped into the ride. I could feel my stomach lurching even though I was seated in my desk chair not moving at all. 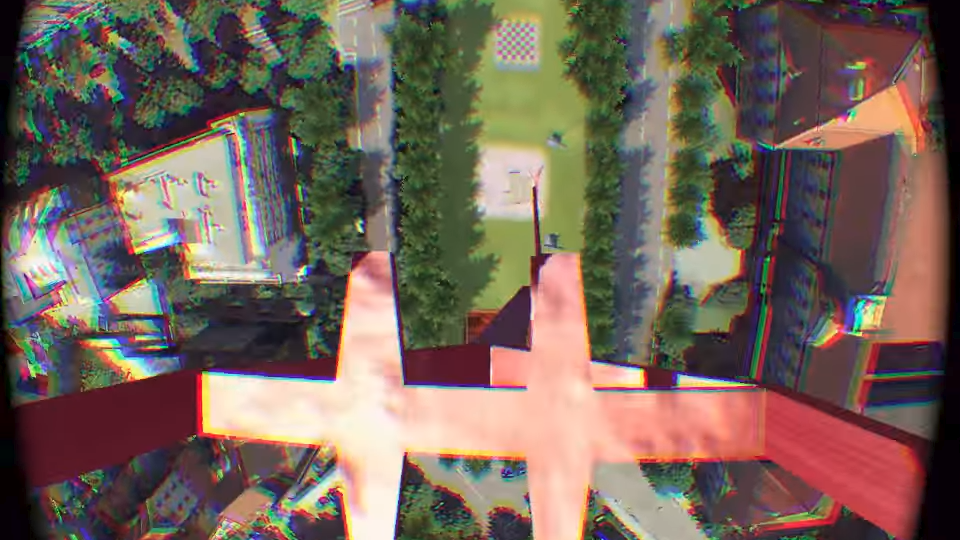 However, four years of VR has taken its toll on my brain in some form. I strap on my Vive and my mind just accepts what I'm seeing as normal. I don't get the same kind of "wow factor" as before; I'm used to seeing VR for what it is. I think this is also partly because I was always interested in the technology behind it. The hardware that makes it go, and the software that controls it all. I've always been fascinated in the technology and I guess knowing exactly how something works can ruin the illusion in some form, kind of like knowing how a magic trick works. Once you understand it doesn't surprise you anymore. Over the last year or so, I've been using my Vive less and less; I'd love to use it but it's just not as enticing as it once was.

When I place my Vive onto my face and get transported to the wonderful world of SteamVR, I just can't get into it like I used to. Sure, great VR games such as Space Pirate Trainer[2] can get me immersed, but it just doesn't feel as real as it used to. There is always something at the back of my mind reminding me that this isn't real. Incidentally I did a mini review of Space Pirate Trainer in my 2017 Games of the Year post, you should give that a read OK thanks. Enter Blueshift. A game I hadn't heard of until quite recently on the /r/Vive subreddit. From initially looking at its Steam page[3], it looked like a VR jetpack and wingsuit simulator. If that doesn't immediately make you think "I need to play this" then you need more fun in your life. Oh yeah did I mention that it's free! 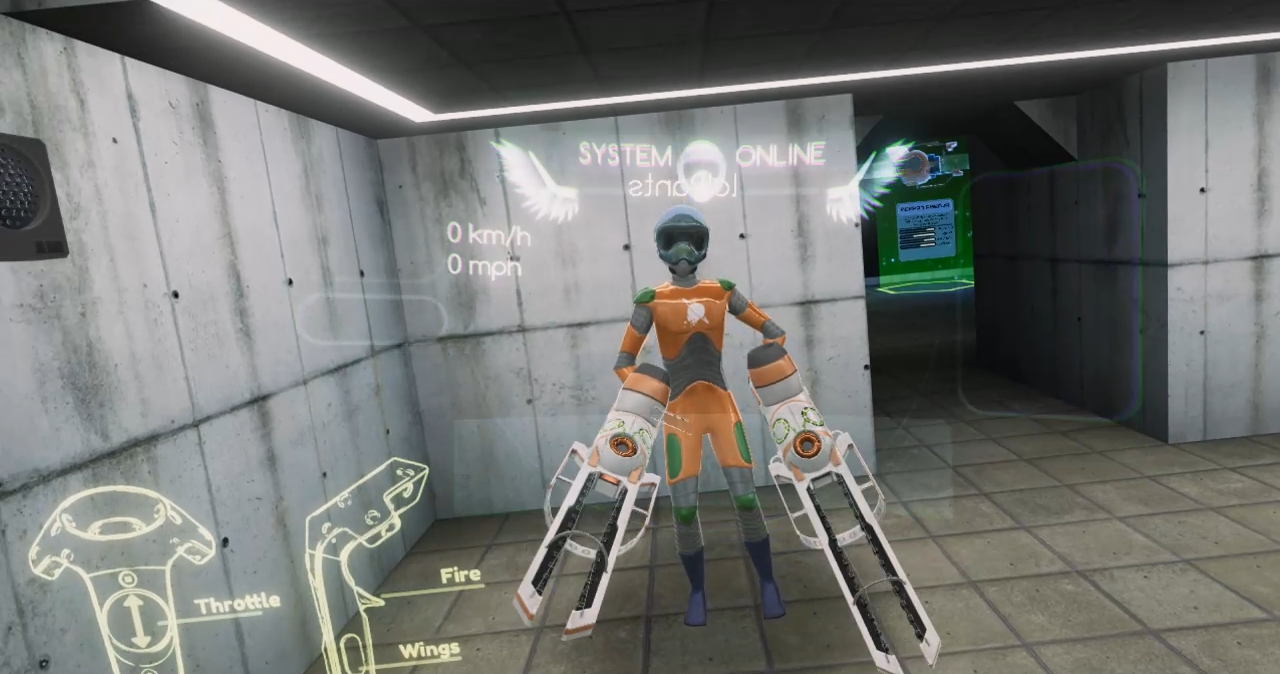 As any sane person would, I went do download it as fast as I could. A mere 1GB download later and I was ready to go. I booted it up and was greeted with a mirror and the controls laid out before me, which I must add are fairly intuitive after a couple minutes of practice. I picked a level from the somewhat lengthy list and went flying in the 'City' map. I kid you not an hour or so passed before I finally decided I'd had enough; it did what those early VR games managed so well. I felt immersed to the point where I forgot that I was actually in a game. It made my stomach lurch when I went over the top of a high building or did a nosedive; all whilst I'm standing like and idiot leaning forwards in my room.

You might notice the jet / wing system on each arm doubles as a gun, which you can pick from three types on the main hub. It feels like this game is meant to be online multiplayer where you battle whilst flying around and doing cool stunts. As soon as I realised this you could probably imagine my excitement. Think about it, a team of ten people against another team of ten, flying around a city attempting to blow each other out of the sky, dodging and weaving between buildings to try and avoid being shot down. If that were a movie I'd watch it, maybe that's just me but hey. 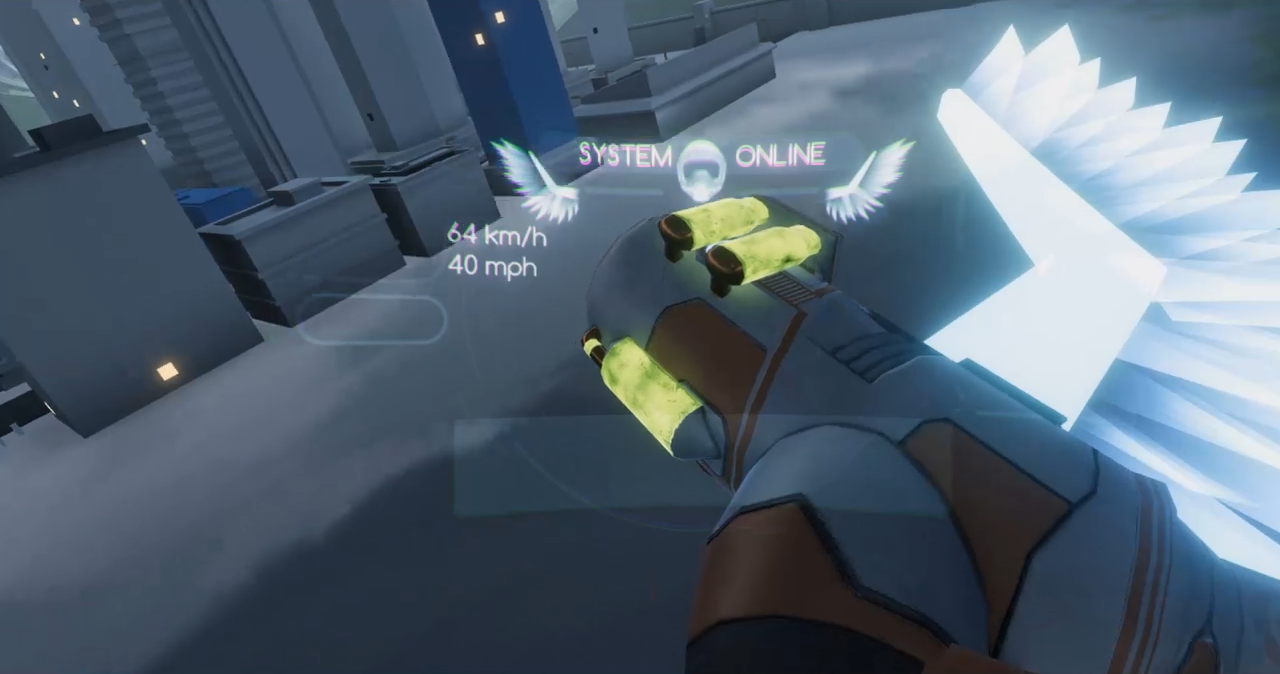 Unfortunately this is where things got a bit less amazing. The project is currently available on Steam in early access, however the last update to the game was over a year ago, in January of 2017. What's worse is that the developer last spoke on the game's news page stating the project was "Not Dead"[4] back in April of 2017. Fair to say the game is at this point, dead. It's been long enough that I don't really hold much hope of the developer magically reviving Blueshift anytime soon, which is a real shame. But if he does I'll be sure to make everyone I know aware of my happiness.

If you have a VR headset with room tracking, I urge you to spend at least a small amount of time with this game because despite it's early access status, it is a pretty good tech demo to say the least. Normally I'd put some form of score here but this is more of a story than an actual review so it doesn't really apply here.

StreamLoop - One of the most pointless things I've ever done.

I'm really good at creating useless shit on the Internet. Someone might…

Rust - A spectacular display of mediocrity.

Please note I received Rust for free. It was gifted to me…