OK, so I admit I'm a bit late to the party, nearly two years late in fact[1]. DOOM (2016) is the 4th main instalment in the DOOM franchise, with the first "classic" DOOM being released in late 1993. This new release aims to return to the roots of the first DOOM game, featuring game mechanics from the original. The most notable of these being the absence of reloading, which has become a staple of modern shooters. Electing to leave this out makes the gameplay flow much better, as once you start shooting, you have no reason to ever stop. And the game is based in massive open levels with many secrets and rewards given to those who choose to explore beyond the obvious paths. If you enjoyed the classic DOOM games, you'll certainly be right at home with this new refresher to the series. From now on when I talk about DOOM I will be referring to DOOM (2016), unless otherwise specified.

Now when I go into a DOOM game I'm not really interested in the story, usually my focus is on gunning down the hordes of hell. However, DOOM does have a story and it's surprisingly pretty alright. It is in no means essential to the game, but it's nice to have there and it connects the levels together in one big narrative and drives the objectives of the game. It makes the levels into a series of tasks connected with run-and-gun sequences, rather than one big clusterfuck with no real objectives. I wouldn't have objected to the game being the latter either. However if you don't care for the story, the game is easily played ignoring it and following the objective markers of your own accord. There are however one or two sections of un-skippable plot cutscenes, but these make up a tiny fraction of the game's length. 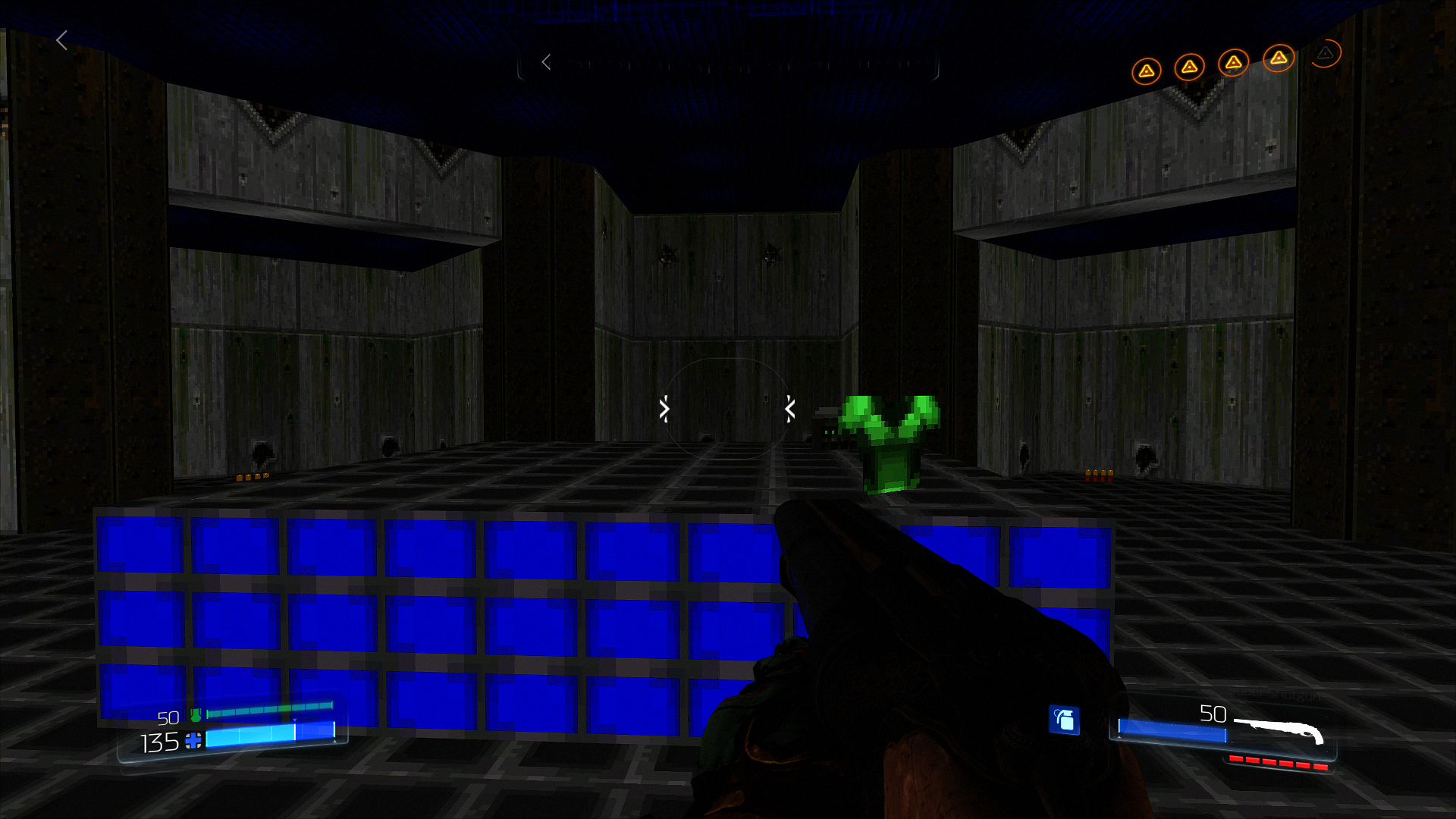 As far as the gameplay is concerned, it is excellent. Whilst playing through the campaign I had some of the purest fun I've had in a long time. The simple premise of shoot anything that moves is quite cathartic to say the least. It encourages movement to stay alive, as being hit with only a few attacks can drain your health. But this is counterbalanced by enemies dropping health and ammo when you're running low, so keep shooting and you'll be fine! There's something oddly satisfying about mowing down waves of the undead whilst screaming like a madman, maybe that's just me...

The game progression is built on weapon and character upgrades. When you unlock a modification for any weapon you're currently carrying you have the option to upgrade it with extra features for weapon upgrade tokens. The game seems to give these out like candy, as by the end of the game I had about 20 spares that I wasn't using, despite fully upgrading the main weapons I used. I mean who needs any other weapons when you have a shotgun and a chaingun. You can also get two types of upgrade for your character, but they seemed to be slightly more balanced in terms of giving them out, as I spent all of them as I became able to afford to unlock the next line in the upgrade tree. You can also get runes which are unlocked by completing a special challenge, which give you a variety of passive bonuses. 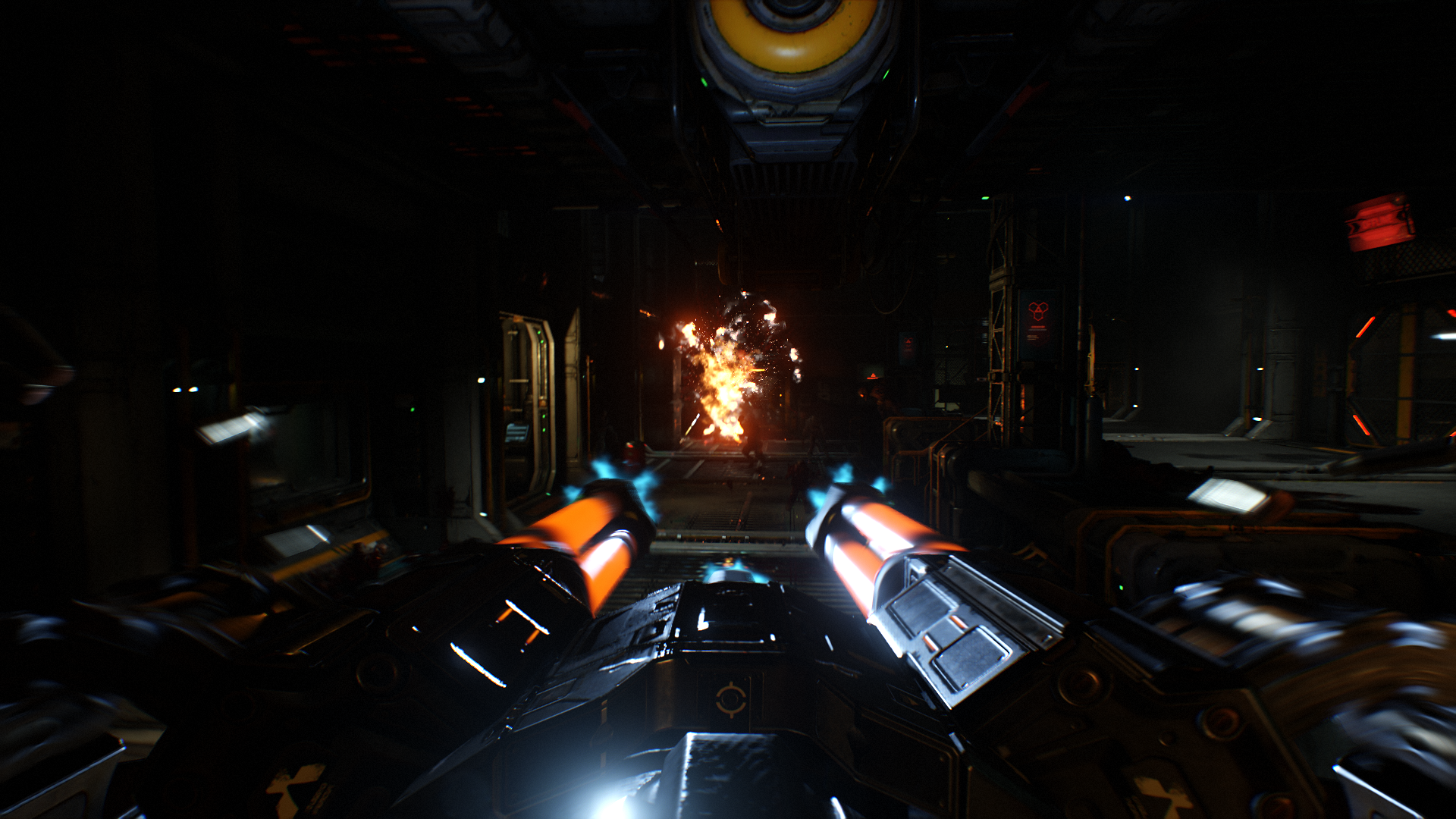 However, this led to the game becoming a bit easy for me towards the end. I had unlocked three runes that each played a key part in me becoming a god of destruction. The first rune increased the distance that I could collect pickups from the ground, pulling them towards me. The next rune allowed me to be able to pick up armour on every glory kill (basically a pre-animated takedown on weakened enemies). Finally, I had a rune that granted me unlimited ammo when I was above 75 out of my maximum 150 armour. All these combined with my favourite weapon, the triple chaingun. The major drawback of this weapon is the fact it exhausts your limited 210 bullets in just a few seconds; but with unlimited ammo this weapon was perfect. I ended up having to increase the difficulty from medium to ultra-hard because of this!

Now as for the technical aspects of the game, I was blown away. The game was ported to the Vulkan[2] graphics API shortly after release, and it seems to have really helped. Now I admit I have a beefy system, with a GTX 1070 and an i7-3930k (OC'd to 4.2GHz), but I was having no problem pulling 144fps at any point in the entire campaign on maximum graphical quality. The game looked stunning and ran incredibly well, always displaying buttery smooth on my 144Hz monitor. I have no idea how the engine manages to look and run this well consistently, but I am so happy that it does. When I said this game was the gold standard I meant it; I think every game should look at how well DOOM manages to run and follow suit. It is a marvel of optimisation and it blows me away every time I play. 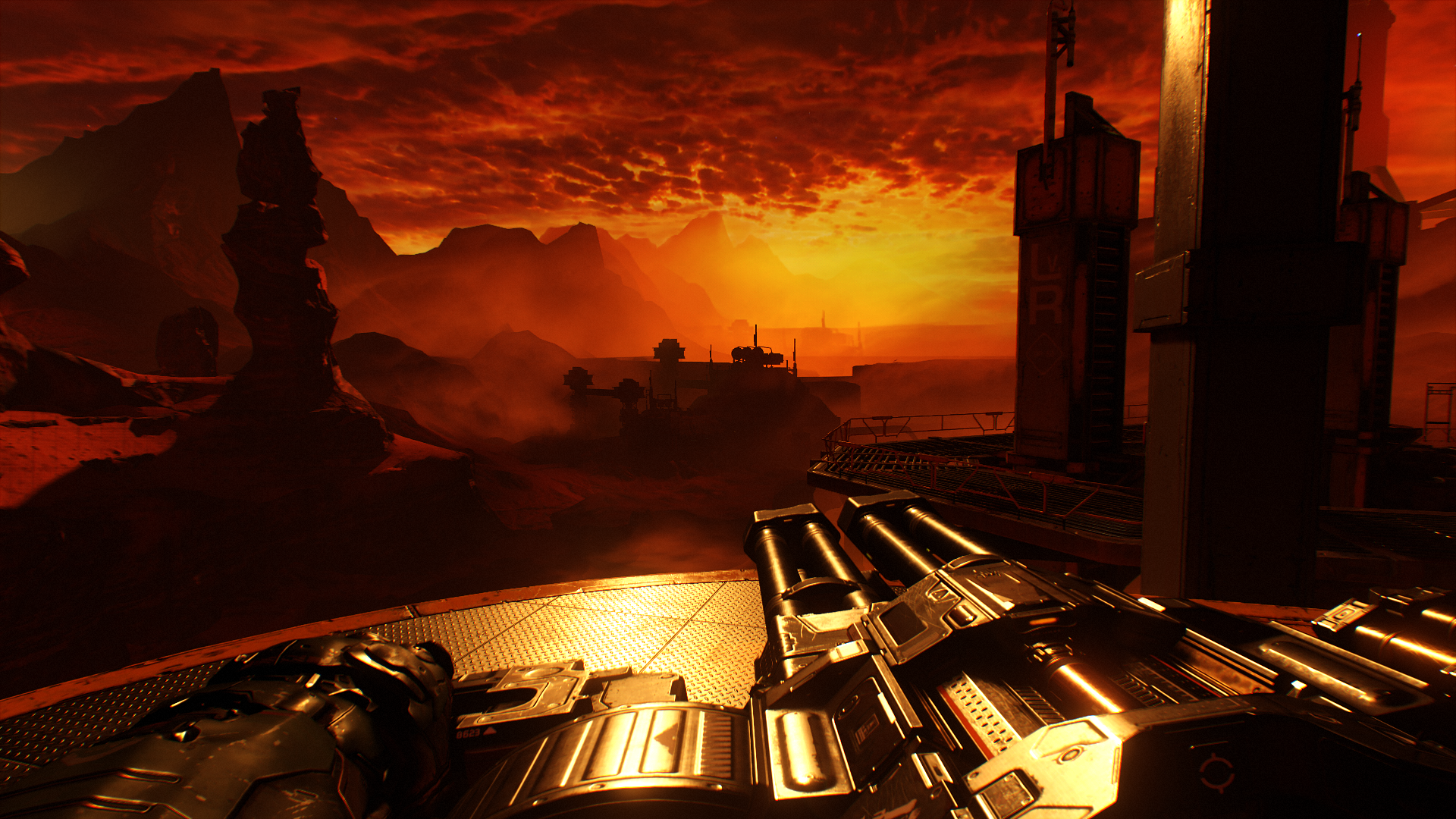 All in all, the campaign is incredibly fun, and lengthy enough to keep you entertained for a good few hours. I managed to beat it looking for all the collectibles and secrets in about seventeen hours. The game looks stunning and will probably run on any machine you can throw it on. The only minor drawback is that the install is a hefty 70GB, so you might be waiting if your internet is a bit slow. Yet I will urge you to endure the wait, it is well worth it!

The Evil Within - Limited Ammo: The Video Game

StreamLoop - One of the most pointless things I've ever done.

I'm really good at creating useless shit on the Internet. Someone might…